Bioenergy is extremely diverse. Heat, electricity and fuels can be produced from solid, liquid and gaseous biomass. Energy crops and wood are used as well as vegetable and animal waste. In Germany, the heating sector claims the biggest share of bioenergy’s contribution to a clean energy supply. Biomass is also used for electricity generation and as a biofuel. 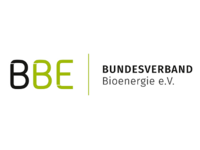 The upcoming conference "Fuels of the Future”, which takes place on 18. to 22. January 2021 is the global key event to get updated on both the current discussion and future agenda on energy and mobility transition. Read more »

Germany imported a total of 5.4 million tonnes of rapeseed and field mustard in the 2019/20 season. This was down 7 per cent year-on-year. The main reason was harvest declines in some EU countries that are vital to Germany's supply with rapeseed. Read more »

Forward prices for rapeseed and soybeans stand up to corona crisis

The restrictions in the wake of the corona crisis generated pressure on rapeseed and soybean prices in the first quarter of the calendar year of 2020. However, prices have firmed since then . Read more »

The Union for the Promotion of Oil and Protein Plants (UFOP) estimates the consumption of biodiesel at approx. 2.6 million t for 2020, compared to 2019, this would mean an increase of approx. 0.3 million t. Read more »

The German Federal Government’s six month presidency of the Council of the European Union began on 1 July 2020. As a goal of its agenda, the Federal Government stated that it wishes to "work towards climate-friendly, sustainable and affordable mobility”. Read more »

The EU member states plus UK imported somewhat less palm oil in the marketing year that has now nearly ended than a year earlier. The Netherlands and Spain saw especially steep declines in imports. Read more » 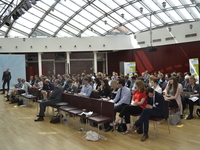 Renewables in Road Transport - Gearing up for more Market Share?